At Allon White Sports Cars we enjoy a great relationship with our customers and try hard to go the extra mile to look after them.  Often there’s a story attached to our customers and the cars they own and we thought it might be interesting to share some of those stories. This then, is the first of an occasional series that we plan to run on our website. 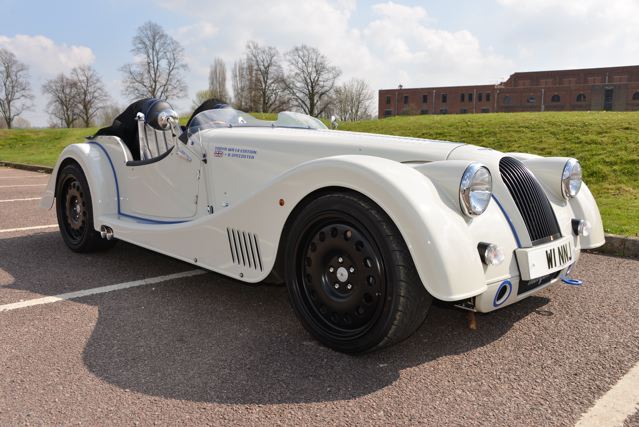 Our client John Winn recently took delivery of a very rare Morgan, only 40 of which were made, a Morgan +8 Speedster.

And here’s his story…

“I’m fairly new to Morgans, my first being in 2012, following over 40 years as a motorcyclist.  I passed my test when I was 16 and had a scooter, which my parents weren't too happy about, so from 17 onwards I used mum's car to get me off two wheels.  Then later in life I made friends with a crowd of people who were into bikes, and they had their own motorbike club.  I went through a series of motorbikes over the years, latterly finishing up with BMWs, with which I did a lot of touring with my wife around the UK and Europe. 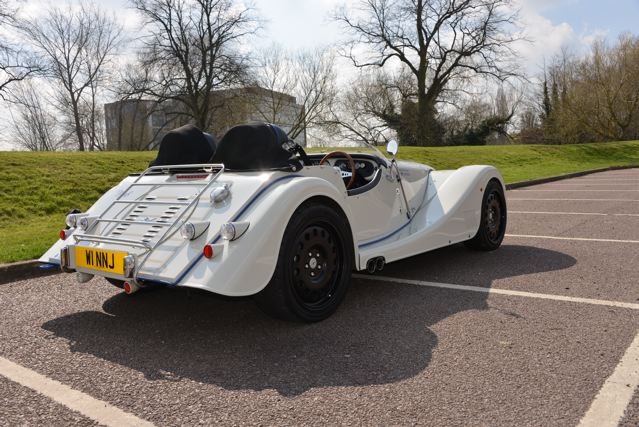 “Then in 2007 I got knocked off one of my bikes.  The thought crossed my mind that it could have been two of us on the bike.  We were not getting younger, though we still loved the bikes.  It was after that that we decided to look at going down the three-wheeler route, especially when Morgan brought out their new model.  We bought one of the first Morgan 3 Wheelers and took it touring all over the UK and Europe.  In Spain if you couldn't remember where you'd parked it you just looked for the crowd - they were like bees round a honey pot!  A lot of people think it's a strange car, but in fact it's a sophisticated piece of kit.

“By the time we sold it last autumn we’d covered over 14,000 miles – all great fun and for us a bit safer than a motorbike.  Those 14,000 miles were a pleasure, albeit interspersed with some frustration as being one of the first cars off the production line, our 3 Wheeler had a few teething problems.  Morgan though sorted all of those out, incorporating upgrades that are now standard on the current production models. 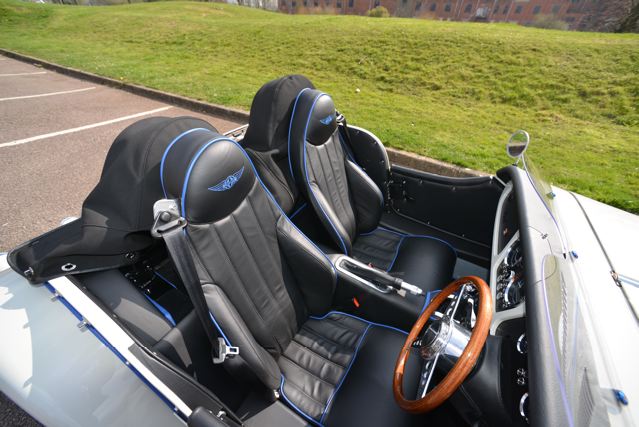 “Having now been bitten by the Morgan bug, when I saw the details of the Morgan Speedster in the press, we decided it was time for a change.  We did briefly look at the Morgan Roadster and took one out from Allon Whites - a 3.7 litre version – for a short run, but it didn't really excite us as it's just a fairly ‘routine’ car compared with the 3-wheeler.  With a motorbike or a 3 Wheeler it's a totally different motoring experience – unique and great fun.

"After trying the Roadster and deciding it was not for us, I was drawn to the Speedster – a super quick, lightweight, stripped out version of the current Morgan +8.  Now this seemed more like it; we were looking for fun rather than sophistication, though it has to be said the Speedster is a sophisticated piece of kit in the mechanical and electronic departments.

“But my first query was: could I get it in my garage?  Allon Whites arranged for me to borrow a Demonstrator from the Morgan factory for a weekend.  What a fabulous drive!  However, what about accessing the garage?  I knew the garage itself was big enough; it was just the access to it I was concerned about it.  But it went in ever so easily, so that removed that escape route from potential Speedster ownership! 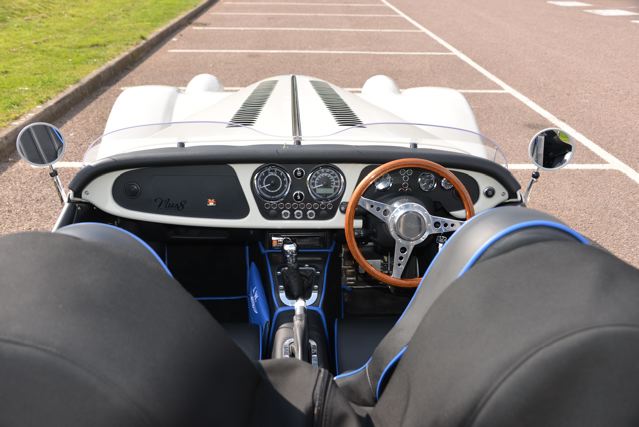 “By this time I'd acquired quite a number of motorbikes: I'd been collecting interesting ones - all BMWS, of various types, from 1930s onwards.  But the more I thought about it, the more it became clear I was not using them a lot; and as they do need a certain amount of upkeep even if you're not using them, and a new Speedster needed funding, it was time to start moving them on.  One of the bikes - an R90S - now has pride of place in a local BMW Dealership cafe as the main attraction!

"We placed an order for the Morgan Speedster.  We’ve always liked the colour of the Morgan Aero Coupe belonging to Jayne and Jon Savage – fellow Cranmog members – which is Porsche Heron Grey.  So this is the colour we chose for our Speedster, which was complemented by heated seats trimmed in black leather with blue piping to match the blue of the wing beading.  We also had the Morgan logo embroidered in the headrests in the same blue. The Speedster has a heater, but no roof, only a tonneau, and the air con is always fresh, straight out of the atmosphere!

“Our Speedster’s BMW 4.8 litre V8, 367bhp engine is superb, and I went for manual transmission, which I prefer. The Speedster has manual as standard and it's an on-cost option to have automatic.  I think one of the attractions of having the Speedster is that because it's on the Aero chassis – which you can argue is light years ahead of the ‘classic’ Morgan chassis in terms of suspension – it's a good ride and not too severe.  In fact we love everything about the car – it's a great Morgan and now we’re looking forward to more fresh air and sporting motoring in just a tad more comfort than before. “Morgan owners like us are a breed on their own, really. I think the buying experience is totally different from anything else. Having ordered the Speedster, we made several visits to the factory, to see our car being built. Try doing that at BMW, Mercedes or Porsche! You actually chat to the guy who is building your car which must be pretty unique to Morgan.  Having a hand built, bespoke car can result in the odd niggling fault, but they get sorted out personally by the people who actually built the car. 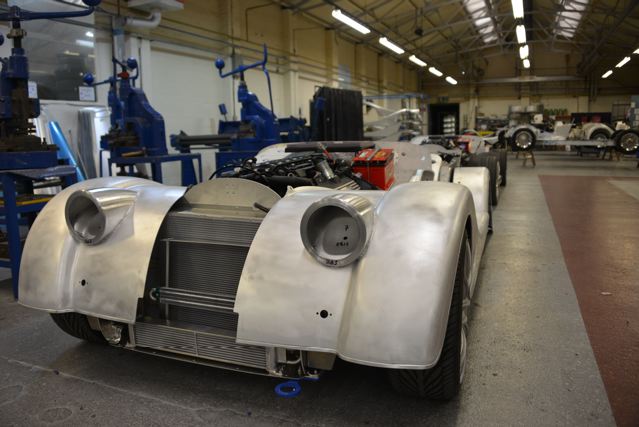 “Allon Whites and Morgan look after their customers well.  Both take the view that every customer is important; you are not just a number like you often are with the mass-production car makers.

“The Morgan's unique, and even though when I flip through the magazines and sometimes think ooh, look at that - fancy one of those, a Porsche or Mercedes or whatever – I know I wouldn’t really want to swap my Morgan for one of them.”